Conventional TRIAC dimmers are designed to interface to a resistive load (halogen or incandescent bulb), while today’s LED driver solutions interfaced to a standard wall dimmer produce 120 Hz flicker of the LED and/or do not allow 100:1 dimming.

The LM3445 provides a constant current for illuminating high power LEDs and includes a TRIAC . The LM3445 contains all the necessary circuitry to build a line-powered (mains powered) constant current LED driver whose output current can be controlled with a conventional TRIAC dimmer. 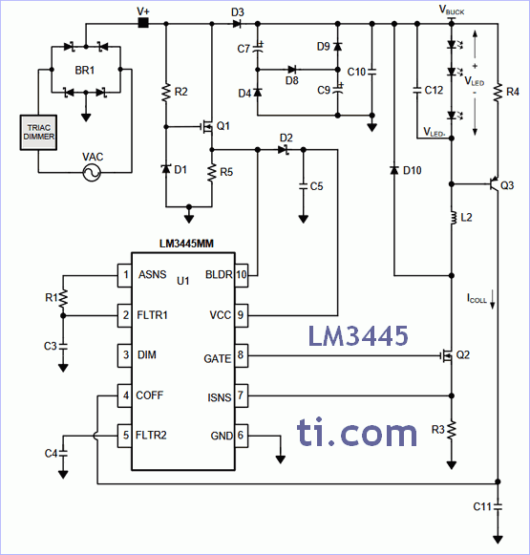