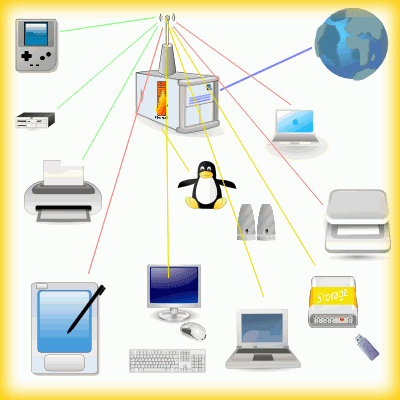 The PC has much Evolved, From XT to AT, then from 286 to 586, the evolutionary trend continues. The Speed: GHz, Space: GB and Software: Linux-XP, have grown rapidly. The other vital things Interface, Networking and Power Consumption moved a bit slower. So some suggestions on the New Desktop for Small Office and Home Standard, that is crucial in the present computing scenario.

Enterprise Level Hardware and Software can be extrapolated from this idea for a SOHO. An Enterprise is like a SOHO Cluster. One big Homogeneous Entity is unstable and unreliable. When small varied, self-dependent entities collaborate to form an Enterprise, it is a Cluster of SOHOs, which is a Reliable and Resilient Entity.

A Green solution could be New Desktop Computing Standard – The quiescent losses in this is only the wifi server cube, which can serve 6 tablets or UMPC. So if 6-12 people are using computers, many desktops need not be on. Tablets, Laptops and Notebooks consume less power and run on batteries. Thin Custom Notebook and Tablet Clients can use one OpenOffice on the WiFi Application Server cube 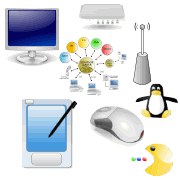